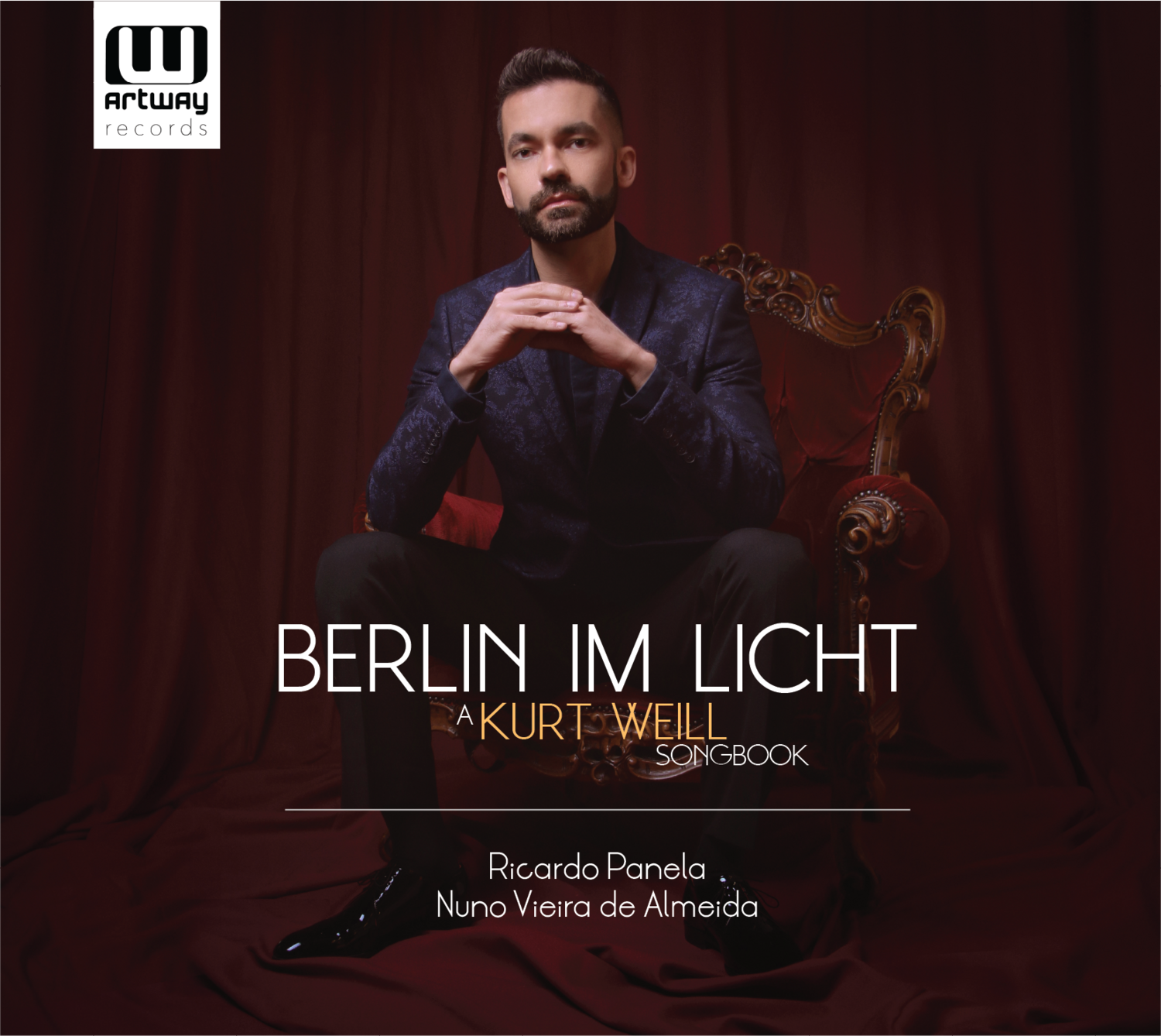 Debut solo album of baritone Ricardo Panela. A selection of Kurt Weill songs and lieder which makes a perfect musical portrait of Weill’s music for voice and piano. In this magnificent recital Ricardo Panela is accompanied by pianist Nuno Vieira de Almeida, a master of art-song repertoire, and also by two guest singers in two of the selected songs.
A wonderful album which shows the unique musicianship of Kurt Weill and of the talented performers in this recording.

“The young, Portuguese-born artist not only drew attention to his powerful, beautiful-sounding baritone, but also to his great role-shaping and acting skills. His vocal production spoke richly in colours…” in Opera Portál

Save this product for later
Display prices in: EUR
bottom of page